Laurence came to Peter Savage at Medical Accident Group after he was injured while working at an ice rink. He needed emergency surgery to his right thumb after the ice-making machine he was operating sliced into it as he tried to clear it.

Laurence was resurfacing the ice rink using a machine called the Zamboni – he noticed that there was excess ice around the front of the machine’s chute and put his right hand at the top of the chute to try to clear the ice – his thumb, which had gone about 2cm into the machine chute, was then caught in the machine and the rotating blade inside (hidden by the ice) sliced through it.

He immediately turned off the machine and was taken to hospital where he underwent emergency surgery, losing part of his thumb.

No proper training or protective clothing

Laurence had not been trained fully in how to use the machine, or how to maintain it, and he also had no protective clothing, such as special gloves.

His employer denied that they had failed in their duty to provide proper training or equipment, though both issues were addressed fully by them after the incident, when procedures were changed significantly. Laurence’s employer also denied liability throughout the case, forcing Laurence to go to a full trial.

Peter said: “The fact is that Laurence had only had cursory and general training on the machine, which was simply not sufficient – he didn’t fully understand how it worked, so he could not have been aware of the dangers of trying to clear it as he did.

“A pair of protective gloves might also have at least lessened his injury – the fact that the ice rink has put these measures in place since, indicates that they now understand how inadequate their previous procedures were.

“Employers need to be sure that they have fulfilled their statutory duty to keep their employees safe – health and safety is not an optional extra, because a slapdash approach can lead to serious injury.” Having started his legal career in Northern Ireland around 20 years ago, Peter has since worked in personal injury and clinical negligence. He fights for clients who have suffered significant injuries, including brain and spinal injury, fatal claims, and claims involving children. Compensation is important, but Peter also works hard to ensure his clients have all the elements of care and support they need. 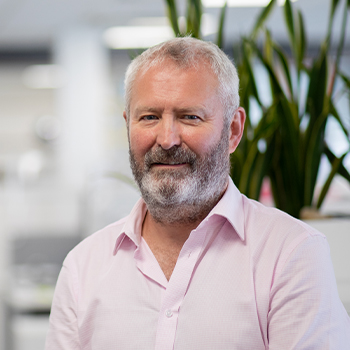